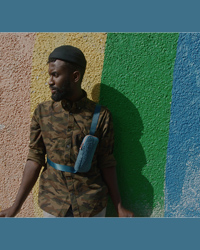 × Someone Like Me follows the parallel journeys of Drake, a gay asylum seeker from Uganda, and a group of strangers from Vancouver’s queer community who are tasked with supporting his resettlement in Canada. Together, they embark on a year-long quest for personal freedom, revealing how in a world where one must constantly fight for the right to exist, survival itself becomes a victory. Presented in collaboration with the National Film Board of Canada.

TRIGGER WARNING: This film contains scenes depicting homophobia and violence, which may be disturbing to some viewers.