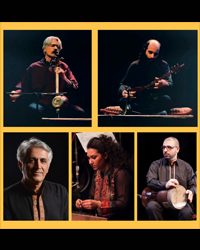 × This concert is part of the Vancouver Inter-Cultural Orchestra (VICO)'s annual Global Soundscapes Festival (June 16-27 at various venues). The focus this year: the musical instruments and traditions of the Middle East. The VICO hosts special guest soloists from Azerbaijian, Iran and Montreal, alongside a who’s who of musicians from Vancouver’s vibrant world music scene, for a series of concerts, workshops and other events. It's a rich smorgasboard of sounds and rhythms, offering many unique opportunities for connection across borders, continents, cultures and centuries.